Dulwich Hill Parish is a Catholic community seeking to live the Christian life.

Our mission is to know Christ and to make him known

11:15am by appointment – Every Sunday except 1st Sunday of the Month

Join a marvellous and exciting journey of faith. Contact the parish office 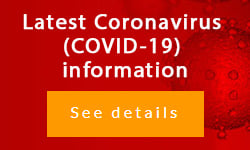 Welcome to St Paul of the Cross – Dulwich Hill

The first parish church was built in 1907-8, when the district was under the pastoral care of the Passionist Fathers in Marrickville, who named the church after the founder of their Order, St Paul of the Cross.

The foundation stone of the present church was laid in 1925 by Archbishop Michael Kelly. For the new Parish Church the Archbishop had the title “The Immaculate Conception” added to the title “St Paul of the Cross”. The architect of the Dulwich Hill church was Mr Austin Mackay, who designed a number of other fine churches in Sydney, including Holy Cross, Woollahra, and St Anthony of Padua, Clovelly.

Our church is an interesting example of “Inter-war Romanesque”, and has some very well executed brickwork. The church has a fine bell tower, but no bells have yet been installed.

The internal decoration includes two splendid stained glass windows in the apse, depicting the Resurrection and the Ascension, and an unusual timber ceiling in the nave.

The interior configuration of the church has been altered several times since it was built. Initially, the altar from the previous church (now the parish hall) seems to have been moved into the new building. Within a few years of opening, a new marble high altar and side altars were erected, and the sanctuary was later clad with marble. A handsome marble pulpit and altar rails were subsequently provided. After the liturgical reforms of the 1960’s, the marble altar was moved forward. Later, in the 1980’s, the pulpit and side altars were demolished, the marble main altar pushed back, its exposition throne excised, and a platform with wooden altar, lectern and font placed along a side wall of the nave, with the pews facing that side. At that time the original unique hand-painted Stations of the Cross were removed and replaced by small wooden plaques. In the late 1990’s the orientation of the church was restored to the usual form and the wooden altar furniture moved to a platform just in front of the original sanctuary. New hand-painted “scriptural” Stations of the Cross were also hung. “A lion of the Church”: Sydney farewells Cardinal George Pell

Large crowds welcome the Theology of the Body to Australia